Protests erupted on Sunday after Israeli forces entered the Al-Aqsa Mosque compound along with hundreds of ultra-nationalist Jews whom they allowed to access the compound on Jerusalem Day – when Israelis celebrate the anniversary of their occupation of East Jerusalem at the end of the 1967 Arab-Israeli war.

One Palestinian man suffered a head injury, while others were treated for gas inhalation inside the compound, a medic from the Palestinian Red Crescent said.

It was the first time in about 30 years that Jews were allowed into the site during the final days of the fasting month of Ramadan, which coincided this year with the Israelinational holiday commemorating control over the city.

Al-Aqsa mosque director Omar al-Kiswani accused Israel of violating an agreement not to allow such visits during the last days of Ramadan.

Earlier in the morning, Israeli police had deployed hundreds of their forces around the mosque compound and across the city as hundreds of Jews waited at the compound gates to enter. 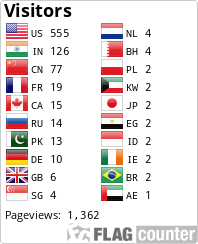